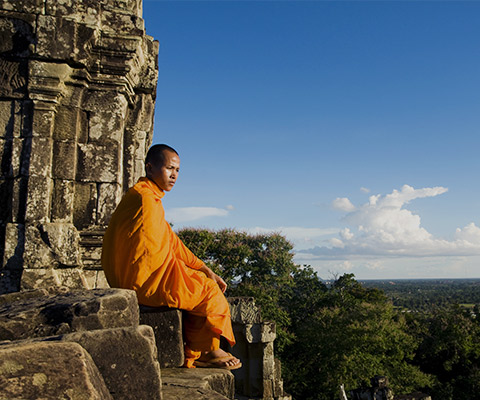 The official named is Kingdom of Cambodia located in the south of the Indochina Peninsula in Southeast Asia. The country was blessed with diverse flora and fauna which are typical for the tropics. Its long-lasting history is also the attractions which are waiting tourists to discover.

Undoubtedly Cambodia's main attractions are the magnificent Angkor temples, both in scale and beauty, but there is much more on offer than its famous cultural sites. As well as the impressive grandeur of the ancient capital, Cambodia has beauty scattered into thousand facets through the Kingdom. Visitors can cruise down the Mekong and tributary rivers, go trekking in remote areas and relax on deserted beaches.

From the old history Cambodia is benefiting from two decades of relative stability, having endured civil war and the murderous rule of the Khmer Rouge. Its shares borders with Vietnam to the east, Laos to the north, Thailand to the west, the ocean coast to the southwest and covering 20 provinces and 4 municipals.

Since the last national election, a new era of peace and political stability has taking root in the country. Opportunities are now available to discover the deepest heart of the Kingdom, travelling in little known areas and understanding more about the Angkor civilization.

Tourism is one of the main industries in the Kingdom of Cambodia and strong efforts are being made to promote the country as a unique destination, rich in diversity with a fascinating cultural heritage.

Below are the key figures for Cambodia population in 2015:

When to go in Cambodia

Cambodia can be visited at any time of year. The ideal months are December and January, when humidity levels are relatively low, there is little rainfall and a cooling breeze whips across the land, but this is also peak season when the majority of visitors descend on the country.
From early February temperatures keep rising until the killer month, April, when the mercury often exceeds 40°C. Some time in May or June, the southwestern monsoon brings rain and high humidity, cooking up a sweat for all but the hardiest of visitors. The wet season, which lasts until October, isn’t such a bad time to visit, as the rain tends to come in short, sharp downpours. Angkor is surrounded by lush foliage and the moats are full of water at this time of year. If you are planning to visit isolated areas, however, the wet season makes for tough travel.
Some visitors like to coordinate their trip with one of the annual festivals, such as Bon Om Tuk or Khmer New Year.

Dry season runs from November to April on the back of the northeast monsoon. November to January are cooler while February to April are hot and dusty. November is the coolest month, April the hottest.

Wet season runs from May to October courtesy of the southwest monsoon. Wet season brings some 75% of Cambodia's annual rainfall. July to September are the wettest months. 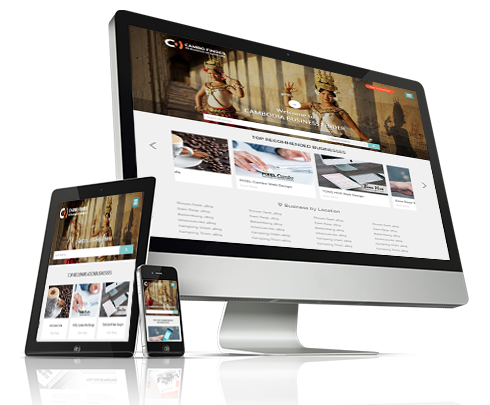 Spread your business to the world